Most winter hikers in the White Mountains check the weather a few times every day, so they can grab a good weather window to climb the more challenging above-timberline peaks and enjoy the view. With temperatures forecast in the ’30s and a calm wind, I knew this would be a fine day to climb the bald dome of Mt Eisenhower, the 11th highest peak on the 4000 footer list, with an elevation of 4780′.

Eisenhower is approximately halfway between Crawford Notch and Mt Washington, on a ridgeline known as the Southern Presidentials. The most direct ascent is to follow the Crawford Path from Crawford Notch for 4.3 miles, followed by a short climb up to the summit, with a total of 3250′ of elevation gain.

I normally hike with other people above timber in winter, but this is a popular route and I knew there would be a lot of kindred spirits on the trail. I ran into a few other hikers I knew and made friends with a bunch more. The Crawford Path is a very popular trail year-round, so I wasn’t too worried about running into trouble and not having help close by.

I got an early start and was on the trail by 8:15 am. The entire trail from Crawford Notch to the Eisenhower summit was broken out, but there is a lot of snow in the trees and on the side trails which aren’t broken out. I climbed the first 3 miles to treeline wearing microspikes, before switching to snowshoes when the snow got soft and unconsolidated.

While climbing up to the Eisenhower cairn is a gas, my favorite part of this hike is the 1.3 ridge walk from the side of Mt Pierce to the Eisenhower summit loop. From this point on, the trail is completely above treeline, as it snakes over a jumbled ridge, covered with intermittent patches of krummholz (dwarf trees). I could have barebooted through the snow here, but I preferred having the flotation of snowshoes and their crampons for crossing the stretches of ice and wind slab I encountered.

Here’s what that same ridgeline looks like in summer (from the opposite end, looking toward Mt Washington):

It’s been a while since I climbed Eisenhower in winter. I think the last time I did it was with my friends Bill and Maria, back in 2015. We hiked out on the Edmands Path on that trip to avoid a storm that was blowing in. That turned out to be a great route. I tried to convince the hikers I met at the summit cairn today to descend that way, but none of them was interested in breaking the trail, which was sure to be full of snow.

It’s been a couple of weeks since I’ve been up in the Whites and I was a little worried I’d lost my pre-Christmas conditioning. But I did the nine-mile out and back in 5:30, which I consider a decent pace in winter. My back hurts a little from stacking 2 cords of wood the day before yesterday, but I’m not feeling that tired after this hike, which must be a good sign. 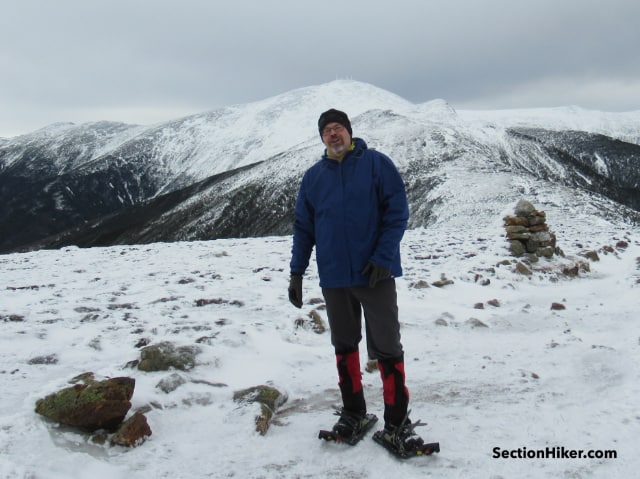 Here’s a map of my route. This is a georeferenced PDF created using Caltopo. You can navigate with it using an app like Avenza (directions here) or just print it out. 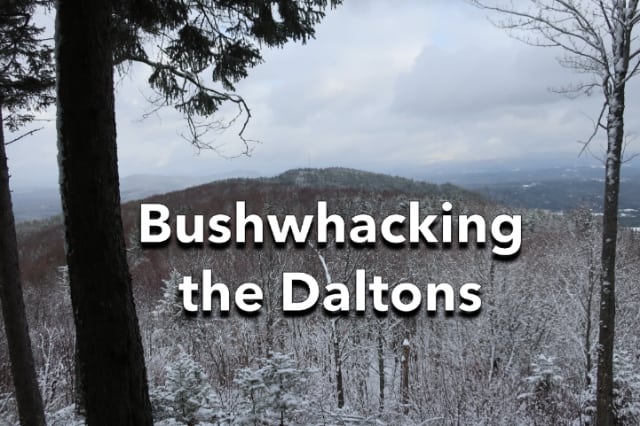 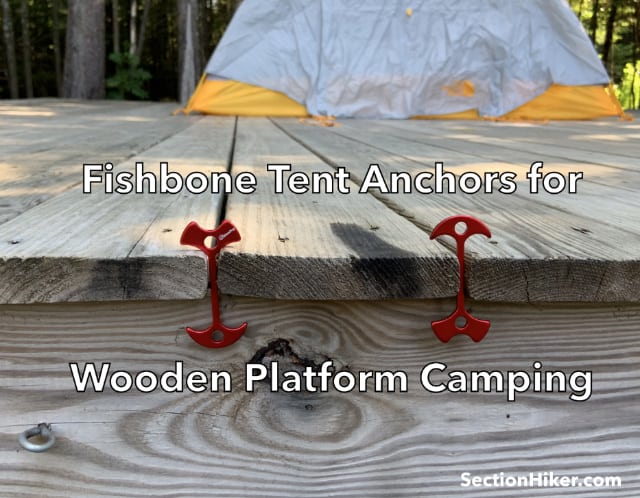