This weekend, I rented a pair of plastic mountaineering boots to try out in preparation for my upcoming Introduction to Mountaineering Course. This is a 3 day class that I’ll be taking with the International Mountain Climbing School in North Conway, NH in less than 2 weeks. Some of the mountaineering classes that I plan on taking in the next year require plastic boots and, while I can rent them when I want to go climbing, I’d rather own my own pair.

The Asolo AFS Evoluzione Plastic Boots, shown here, are high on my list of boot candidates. They retail for $340 at REI which is on the high-end for a plastic boot. As you can see they have a heavy rand protecting the boot, a shock-absorbing vibram sole, and are crampon compatible.

The Evoluziones, like most other plastic mountaineering boots, have an inner boot and an outer boot. The inner boot acts as an insulation layer that can be dried at night in your sleeping bag, while the outer layer provides rigidity, crampon compatibility and waterproofness.

The inner boot in the Evoluzione is lined with 5 different layers of insulation including Primaloft and is taped and seam sealed to be waterproof. It has velcro based fasteners that wrap around your shin, unlike other boots, like the Scarpa Inverno, where the inner boot has laces. A plastic sole on the bottom also enables the inner boot to be used as a camp bootie.

I removed the factory foots beds in the inner boots and replaced them a the green Superfeet foot bed taken from my regular hiking boots for the test hike I plan on doing today. It’s critical to eliminate as much heal lift as possible in a mountaineering boot to prevent blistering and the possibility of bruising your shins against the unyielding outer plastic boot. I always use Superfeet foot beds because they grip my heel well, prevent plantar fasciitis, and prevent me from over-pronating when I walk.

When trying on a pair of plastic mountaineering boots, the first thing you want to do is to take out the inner boot and put it on with the socks you’ll be wearing. Next, slide the inner boot, while it’s on your foot, into the outer boot, and lace them up. The Evoluzione has two layers of laces: one inside under the plastic tongue and another outside it. When you tighten the laces you should be thinking about preventing heel lift and having your toes slide forward and hitting the front of the boot when you kick a step in hard snow.

After you lace up, you need to fit a high gaiter over your boot to keep snow from getting into the boot. This is a lot easier to do if you wrap the gaiter around the boot and your leg and fasten it before you hook the front of the gaiter to your boot laces.

Once I got these boots on, I went for a 2 mile walk in the woods near my house on a rugged trail that requires some rock scrambling. The trail was covered with packed snow and some ice, so I brought along hiking poles with snow baskets, but not crampons because I wanted to see how the boots would perform without them.

At first, walking in the Evoluziones was a bit awkward because they are heavy (3lb 2oz each, in a size 10) and because the ankles don’t flex very much. To compensate, you need to raise your feet a bit more using your hip flexors and flex in your hips and quads instead of your ankles. It’s a bit like walking with snowshoes, actually.

First off, the insulation in the boots is great. My feet were quite warm. However, I did experience a fair amount of heel lift and friction on the back of my foot, particularly when ascending hills and climbing up rocks. Scrambling was also very awkward and difficult to do without more ankle flexion. In addition, I spent some time kicking steps in the snow and found that my toes were sliding forward and hitting the front of the boot, which is undesirable.

I subsequently returned the Evoluziones to REI’s rental department and while I was there I tried on a pair a half-size smaller. These fit much more snugly than the previous pair, but exhibited even worse heal lift friction and toe sliding than their large counterparts. I don’t think the Evoluziones are for me, but that doesn’t mean they’re a bad boot.

How to Choose a Backpacking Wood Stove

Hiking and Backpacking in Scotland: What to Expect and Recommended Skills 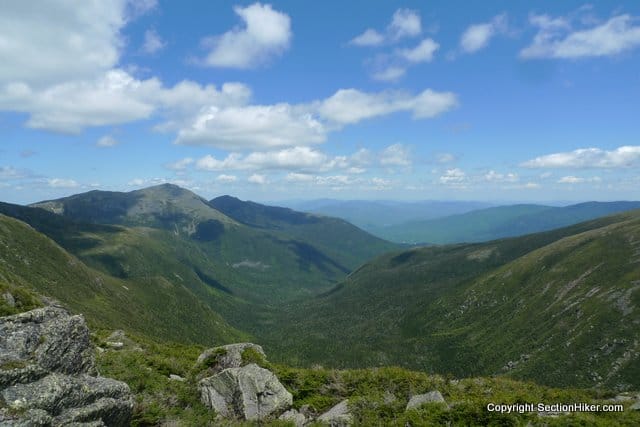